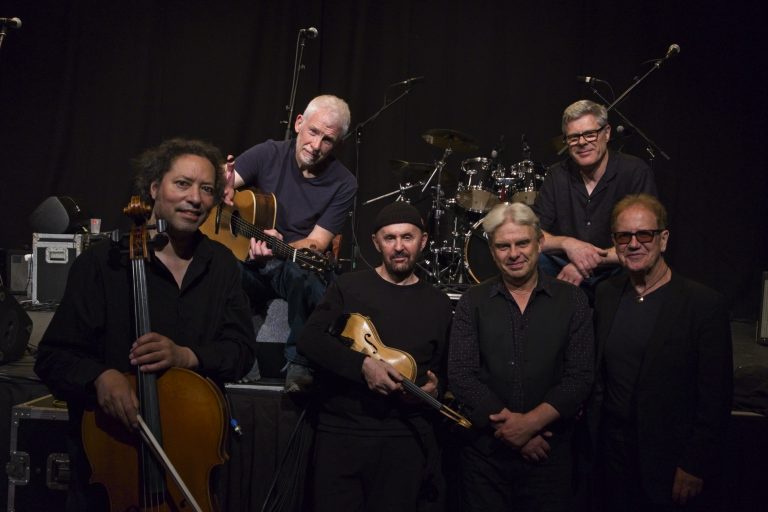 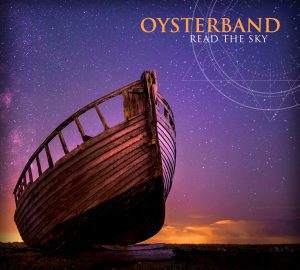 OYSTERBAND LOOK TO THE STARS FOR ANSWERS WITH THEIR NEW ALBUM

From its earliest days as a noisy, politicised ceilidh band in the late 1970s, Oysterband has kept evolving and evolving-long enough, at any rate, to put out not one but two Best-of compilations, Granite Years (2000) to cover 1986 to 1997 and This House Will Stand (2016) for1998 to 2015. Now they’re ready to launch on the next instalment of their journey: ten new tracks under the title Read The Sky.

This will be their 12th studio album, or 14th if you count their collaborations with the great folk diva June Tabor. Given the time spent on that, on touring in at least 35 countries, and on earning various gongs, including five BBC Radio 2 Folk Awards, can Oysterband rise to what’s new in the world of 2022?

Clearly they can. Maybe it was partly forced on them by the absurd complexity of trying to record a 6-piece band under Covid regulations that were no sooner adopted than changed. But there’s a definite sense of urgency to many of the songs on Read The Sky that serves them very well.

Politically, they’re expressing themselves more in Green terms now, both in anger and in elegy. The last song on the album, The Time Is Now, was released to radio to coincide with the COP26 conference in Glasgow, and premiered on the BBC Radio Two Folk Show.

And the story-telling, from Hong Kong to Huddersfield, has become more personal and more emotionally truthful – look out for the second radio track, The Corner of the Room, from January 28th onwards.

With 32 concert dates in UK, Denmark, Germany and Luxembourg relocated to February through May 2022, Oysterband are itching to get back on stage. They will show the world that they’ve learned the life lesson of Covid – hit the road running, there’s not a moment to lose.